The Stormwater division is ready to start a drainage improvement project over at Westover Ave and Edgewood Rd this week. This will cause the closure of the intersection of Edgewood and Westover for a couple days and even overnight this week.  The Christmas Light extravaganza that usually takes place along Westover this time of the year may be affected. There will be signs detouring traffic onto Dudding St. The work requiring a street closure should be finish by the end of this week. 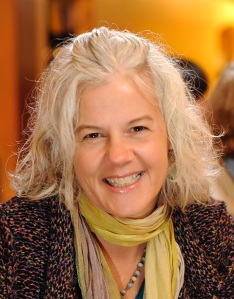 now that a writer has hit it out of the park when The New York Times starts its review with :

“Oh, if only we had more business writers like Beth Macy, and more business books like her debut, Factory Man: How One Furniture Maker Battled Offshoring, Stayed Local — and Helped Save an American Town.

“You don’t need to care a whit about the furniture industry or free trade or globalization to fall under the spell of Ms. Macy’s book. This is nonfiction storytelling at its finest, a deep dive into a business, an industry and the many branches of a squabbling family dynasty, all displayed against the backdrop of some of the most important issues of our age. It does what the best business books should: It delivers a heavily researched, highly entertaining story, at the end of which you realize you’ve learned something.”

And Burrough’s review, which appeared in the business section, was actually the second lengthy review of Macy’s book in the Times. A few days earlier, Janet Maslin, writing in the Arts section, said:

“This is Ms. Macy’s first book, but it’s in a class with other runaway debuts like Laura Hillenbrand’s Seabiscuit and Katherine Boo’s Behind the Beautiful Forevers: These nonfiction narratives are more stirring and dramatic than most novels. And Ms. Macy writes so vigorously that she hooks you instantly. You won’t be putting this book down.

“This is a great American story, the kind that we don’t read often enough, the kind that many big-city journalists don’t have the time to cover anymore. Ms. Macy tells it with brio, precision and an even hand. Globalization’s toll in the furniture belt, she shows, is heartbreaking.”

Maslin went on to predict that Factory Man “will be one of the best, and surely most talked about, books of 2014.” The book, published by Little Brown, won Columbia University’s  J. Anthony Lukas Work-in-Progress Award.

Even if you don’t read The New York Times, you may have heard Macy being interviewed on several different National Public Radio shows or seen other reviews, including Parade magazine. She’ll be travelling around the country promoting her book over the next couple of months.  And Macy has received a most unusual tribute. Parkway Brewing has created Factory Girl IPA, featuring Macy looking like Rosie the Riveter on its label. It’s “sure to give you a lift at the end of your shift.”  How many authors are that inspiring?

Actually, none of this national attention should surprise anyone who has read Macy’s writing in The Roanoke Times. She recently retired from the paper after 25 years to spend more time writing, but she leaves behind a long series of moving articles on interesting people and important issues.  Her final piece for The Roanoke Times revisited a controversial article she’d written more than a decade ago titled “Pregnant and Proud.”  It chronicled unwed teenagers, determined to keep their babies. Macy was blamed for glorifying teen pregnancy. When she found the women recently, she describes their lives as “misery and small miracles.” Like all of her writing, her final article chronicles the complexity of the human condition and is nearly impossible to put down.

And so is Factory Man, even if you don’t recognize the locals who appear in the book, you’ll appreciate how well Macy has captured the colorful speech and deeply held values of our region.

Macy lives with her husband Tom Landon and two sons in Raleigh Court. She’s at work on her second book. Meet Macy at the September 11 GRCCL meeting.

In December of 2014, the Marching Patriots will be representing the Commonwealth of Virginia, and the memory of all those who served on the U.S.S. Virginia battleship, at the Pearl Harbor Parade in Honolulu, Hawaii. This is an incredible honor for our students, and will truly be a “once in a lifetime” performance.

The official letter from the Pearl Harbor Parade selection committee can be viewed here.  You can help the band by donating on their website.

The Greater Raleigh Court Civic League will sponsor a forum for Roanoke City Council candidates at its March 13th meeting at 7 p.m. in the fellowship hall of Christ Lutheran Church at Brandon and Grandin. WSLS 10 News Anchor John Carlin will moderate, as he has in previous civic league-sponsored candidate forums. The public is invited to attend. All registered candidates have been invited to participate, including:

• Valerie Garner and Tuan Reynolds, running as an Independents.

Independent candidates have until May 4 to register to enter the race.

The introduction of National Night Out, “America’s Night Out Against Crime”, in 1984 began an effort to promote involvement in crime prevention activities, police-community partnerships, neighborhood camaraderie and send a message to criminals letting them know that neighborhoods are organized and fighting back. NATW’s National Night Out program culminates annually, on the first Tuesday of August.

National Night Out now involves over 37 million people and 15,000 communities from all fifty states, U.S. Territories, Canadian cities, and military bases worldwide.  The traditional “lights on” campaign and symbolic front porch vigils turned into a celebration across America with various events and activities.

The Greater Raleigh Court Civic League is proud to again co-sponsor the Summer 2013 Looney Tunes at the Grandin Theater.

The Grandin Theatre will be showing free screenings of Looney Tunes on Friday and Saturdays at 10 am on the following dates:

We hope to see you and your family at the Grandin Theater.

Running was an important part of Grace Lovegrove’s life, so when her friends, family, coaches, and teammates started thinking about a way to remember her and to raise money for her Patrick Henry scholarship and to support the track team she loved, a 5K and fun run seemed natural. The first one was held May 9, 2006, on the Patrick Henry home course, thanks to the hard work of Coach Chad Cox, members of the cross country and track teams, some very dedicated parents of those runners, and the PH Athletic Boosters. Grace’ spirit is alive on those trails.

“Run With Grace” was coined by a Christopher Newport University teammate and good friend when the team and coach were trying to think of what to put on bracelets they were buying to memorialize Grace and to raise money for her CNU scholarship. Purple Run With Grace bracelets will be available for purchase at this year’s race, with proceeds going to the Patrick Henry scholarship.

The runner girl on the homepage is friend and CNU teammate Jason Berry’s handiwork. It depicts Grace with a Cheerwine soda in one hand and a Hardee’s Thickburger in the other. Grace loved Cheerwine, and all of her friends marveled at how much this 107-pound girl could put away, especially if you were offering seafood, gumbo, or Thickburgers. The other running graphic was created using a picture of Grace from the waist up. That ponytail was always flying when she ran. As part of the National Bicycle and Pedestrian Documentation Project, volunteers are needed to conduct manual counts of bicyclists and pedestrians at locations throughout the City of Roanoke during specified time(s). Counts will be conducted at assigned locations on Thursday September 13, 5:00 pm – 7:00 pm and Saturday September 15, 12:00 – 2:00 pm. If you are able to assist please complete the form available at the link below. Additional information is available at www.rvarc.org/bike.

One of the greatest challenges facing the bicycle and pedestrian field is the lack of documentation on usage and demand. Without accurate and consistent demand and usage figures, it is difficult to measure the positive benefits of investments in these modes, especially when compared to the other transportation modes such as the private automobile. An answer to this need for data is the National Bicycle & Pedestrian Documentation Project, co-sponsored by and Alta Planning and Design and the Institute of Transportation Engineers (ITE) Pedestrian and Bicycle Council. This nationwide effort provides consistent model of data collection and ongoing data for use by planners, governments, and bicycle and pedestrian professionals.

Fresh off an appearance in the Big City at Carnegie Hall, the Patrick Henry High School Orchestra will be at Roanoke’s Jefferson Center for a free performance.  Come see the stars this Sunday, May 6 at 3 pm.  Did we mention it’s free?  Because it is.  Free.